New Music Composers and the 'Bounce' 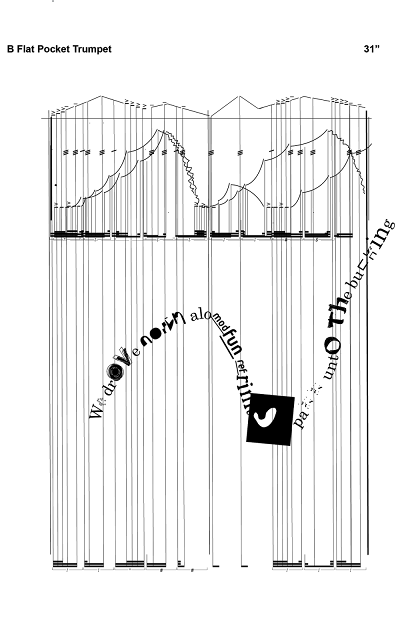 As many have witnessed, often, a new music composer's career is rarely made on one composition, rather it’s the long and slow accrual of published scores, performances, recordings, activities, community service, and so forth that firmly establish one’s reputation.


And yet, we now live in a moment of the bounce, where Google Alerts are triggered at the mere mention of a composer's name or work, or tweets can ricochet information about a performance to thousands of followers in an instant.

It’s certainly gratifying for composers — often working alone — to know minute-to-minute that someone out there is engaging with the work.

And it can be addictive.

In the new information landscape, it’s the re- gestures (the retweet, the reblog) that seem to carry the most weight.  For example, the popular blog Boing Boing doesn’t create anything: they simply point at cool things. And the gesture of Boing Boing pointing at something always trumps the thing at which they are pointing, making us aware that the new power-base is in the filtering, distribution and management of information, not in the original creation of it.


For example, If I tweet something that I know takes a long time to digest — say, a lengthy experimental abstract composition score — a minute later, I find that it’s been retweeted by dozens of people. Now while many may be familiar with that work, most aren’t. And most haven’t even engaged with it. But rather, it’s the name-check and the cool-factor of the information combined with the passion for sharing it, which creates a bounce.
The citation, the act of moving that information, has more cache than the object to which its referring.
All of this is to point out the new quandary that composers — whose notions of composing  and performance were forged in the age of the slow roll — face in the age of the bounce. To construct a career as a composer based on the ephemerality of the meme is at once thrilling and terrifying.
Embracing it is like jumping off a cliff and freefalling, throwing away the script that we’ve come to know so well. Yet it seems inevitable; it’s clearly the next move; it will happen. The question is how it will happen and how much human intervention will be necessary to successfully sustain it as a viable compositional practice.
I think you’d be hard-pressed to find a composer who doesn’t have their eye on the bigger picture; I can’t name a composer — even the most radical and “uncreative” — who would choose the model of a bouncy meme over the slow roll of music history.
But that too will soon be changing.
Posted by Bil Smith at 7:05 AM No comments: 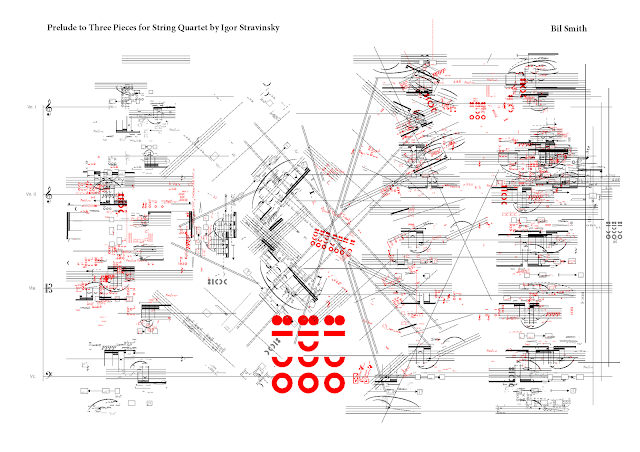 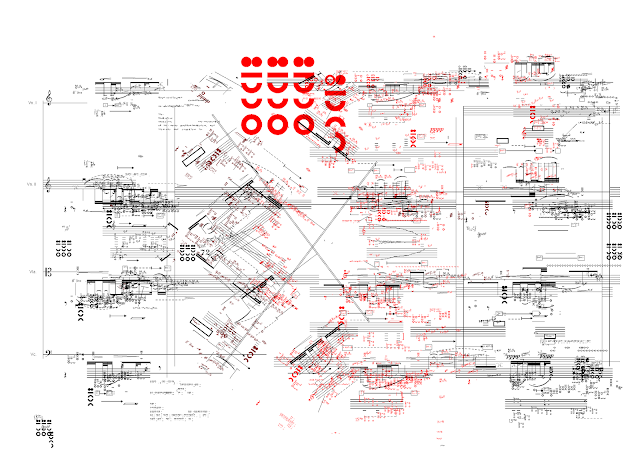 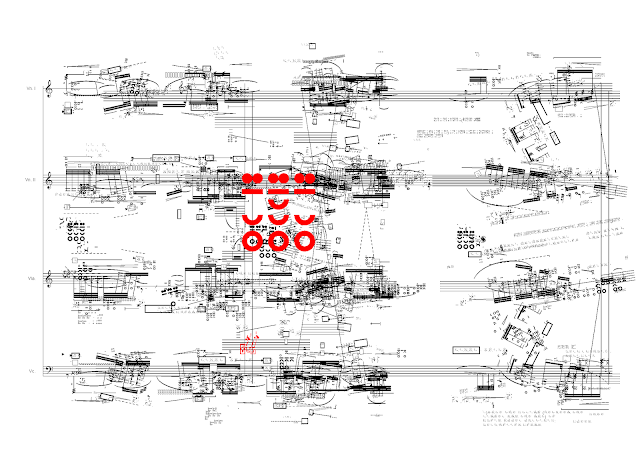 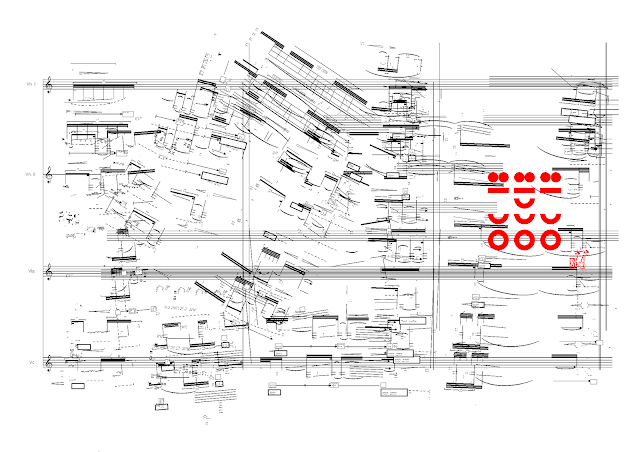 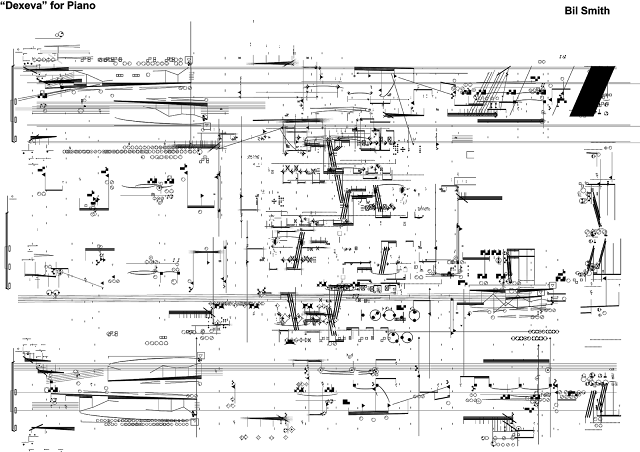 The Shape Of Things To Come. Excerpts from a Score for String Quartet

"Foliomatic". For Violin and Cello 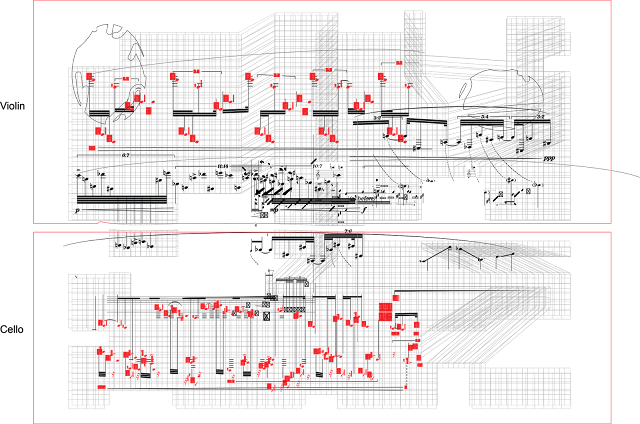 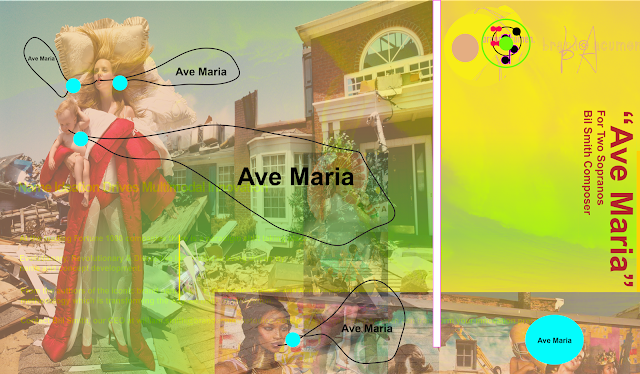 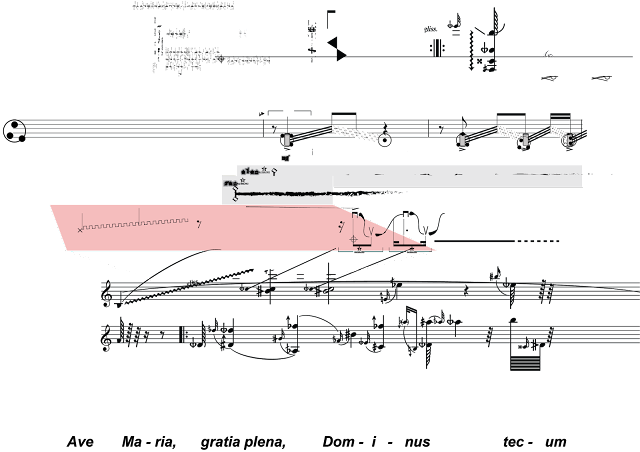 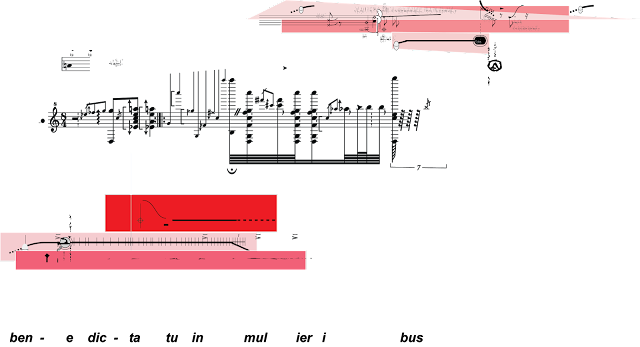 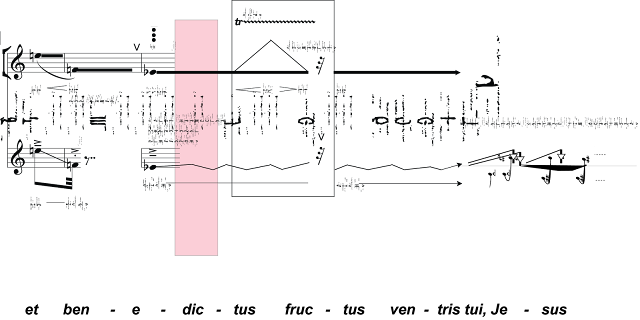 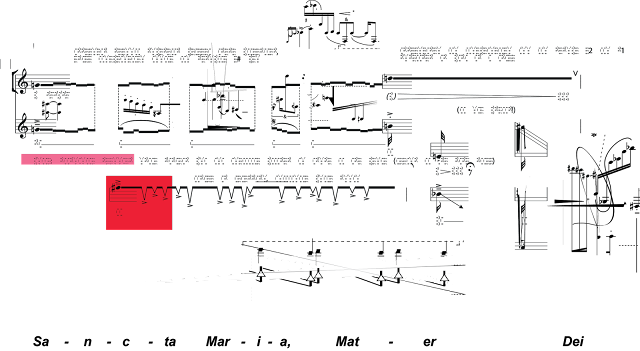 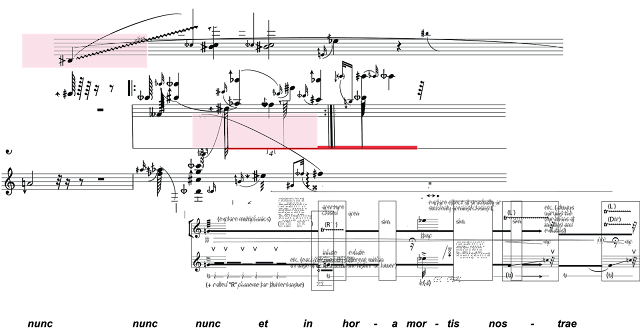 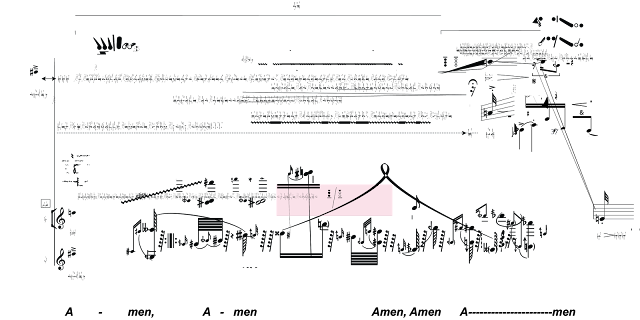 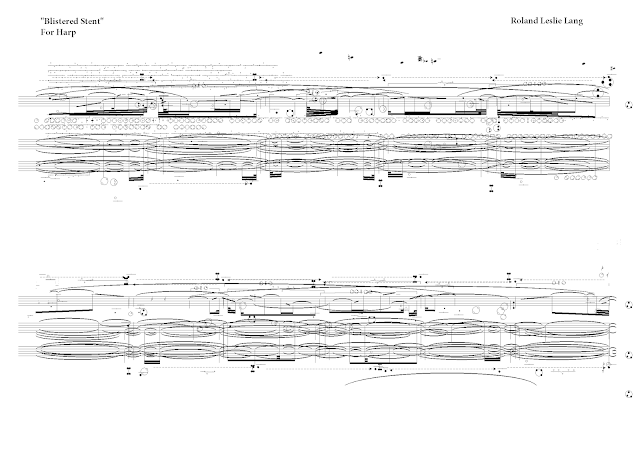 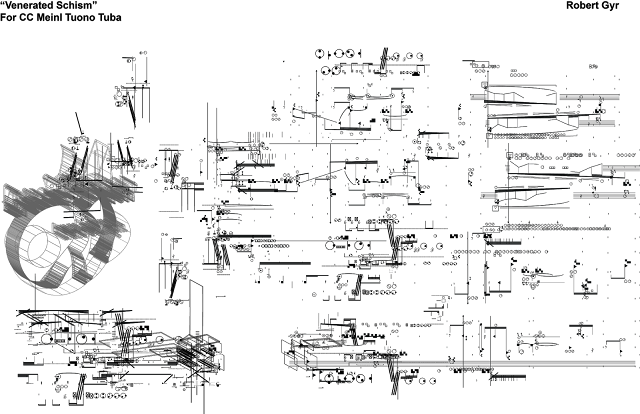 This is the complete score with performance notes for “Thick Channel Black Bourbon” for Solo Voice recorded on the Laboratorie New Music label.

To date, this has been recorded 107 times live and in the studio.  LNM will be releasing the entire output. 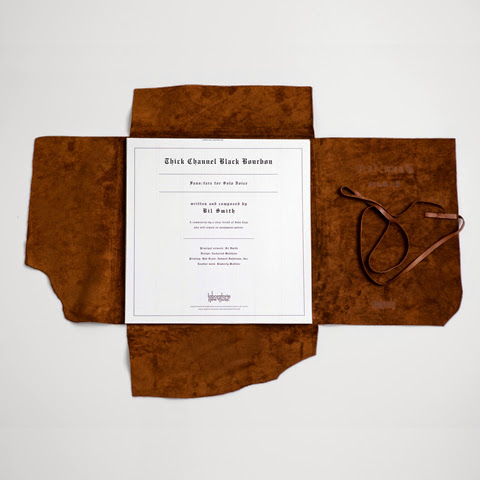 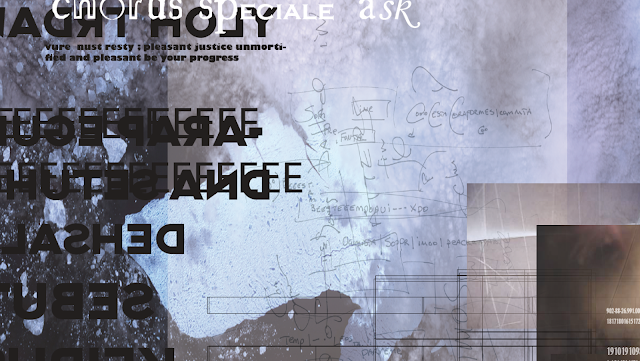 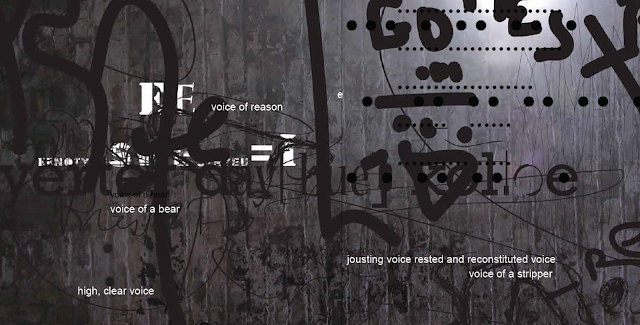