Score segment to "Like The Sequined Tuxedo of a Nightclub Hostess" 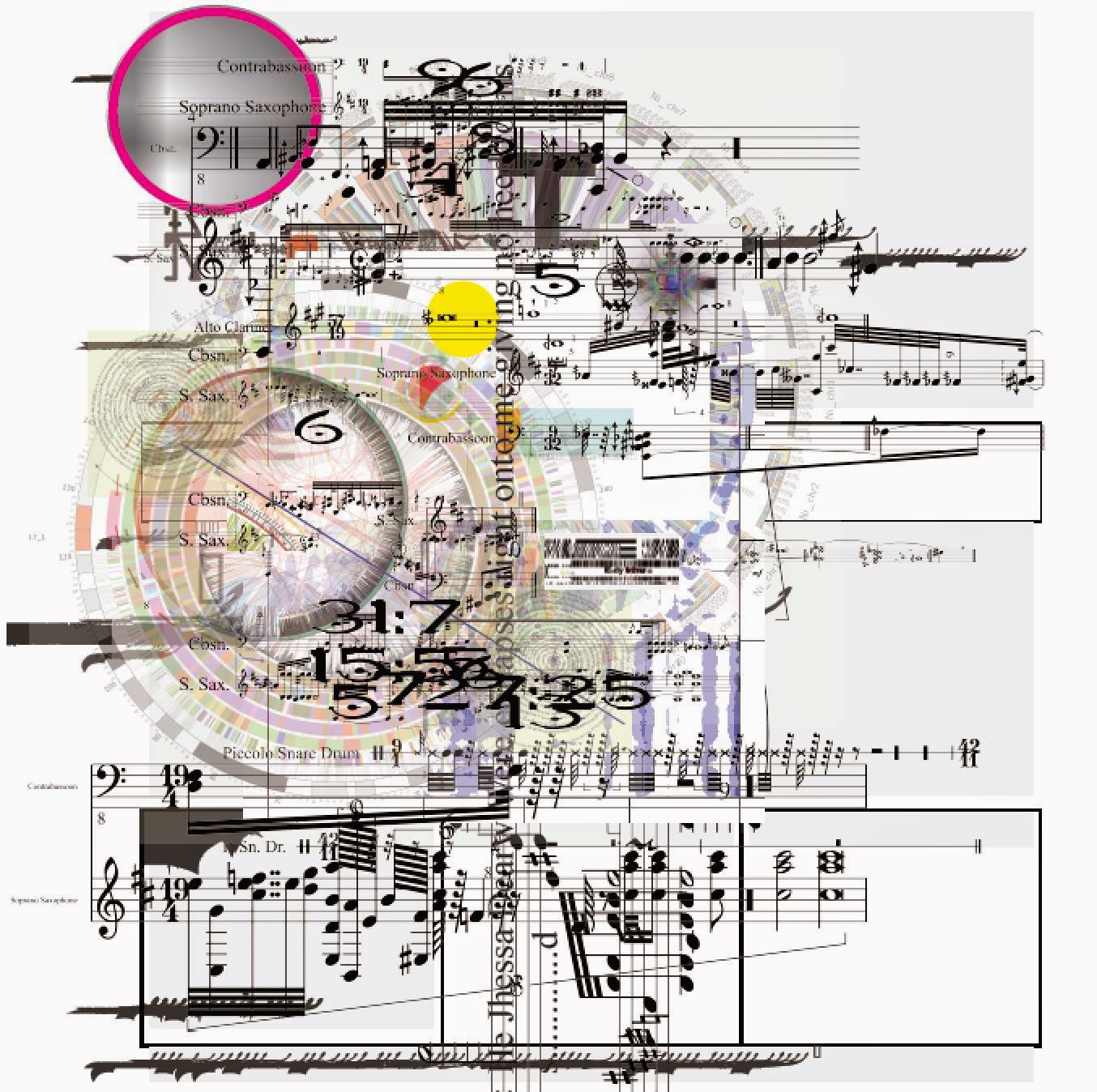 For Snare Drum, Harp and Horn. All score parts are to be reformulated to configurations set forth by the three performers.

from the performance notes...

" in possible concrete objects/notation, unactualized possibles have a separate category of doubtful translations whose doubtfulness can be laid to defective compositional attributes and propositions. This theorem applies only to the referential uses of the tablature. Such a course of musical interpretation may disturb some rather special ideatory sound passages...and this is the prescribed objective"
Posted by Bil Smith at 1:45 PM No comments: