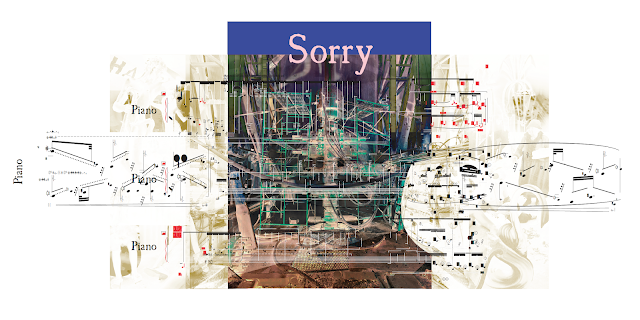 Many composers compose pieces like they’re writing movies in a superhero franchise: all really similar, entertaining enough, but we’re bored.
In a figurative sense, the relationship between a musical composition and a musical instrument could be likened to that of a canvas and any marks it bears. This relationship is both multifaceted and causal: for example, the textured surface of a canvas can affect the nature of the material it sets forth (cf. the pencil-on-canvas work of Agnes Martin).
The musical instrument offers the same function to a composition; the relationship between the body of the performer and their instrument defines an ecology with which the musical work necessarily interacts.
This interaction could be one of compliance – the idiomatic writing of a Paganini caprice – or subversion - the impossible glissandi employed within Xenakis’s Mikka (1971). Between these two extremes is a music that sets out to exploit the aberrant characteristics of an instrument. In the case of the baroque violin, extreme bow pressure or severe detuning (amongst other techniques) will produce unpredictable sonic responses to otherwise identical physical impetuses.
Posted by Bil Smith at 5:36 AM No comments: 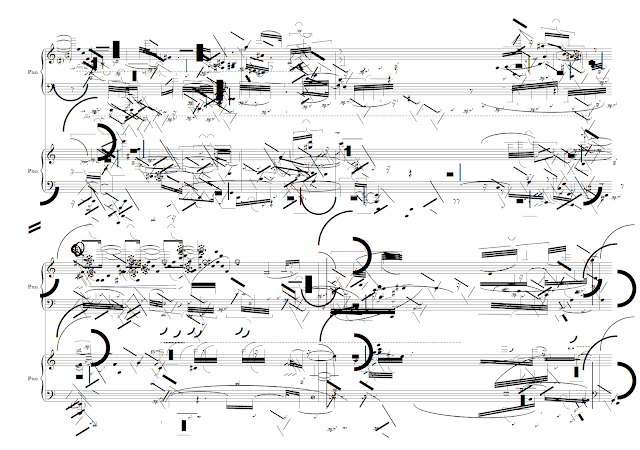 A Mistrial for Flute, Cello and Double Bass 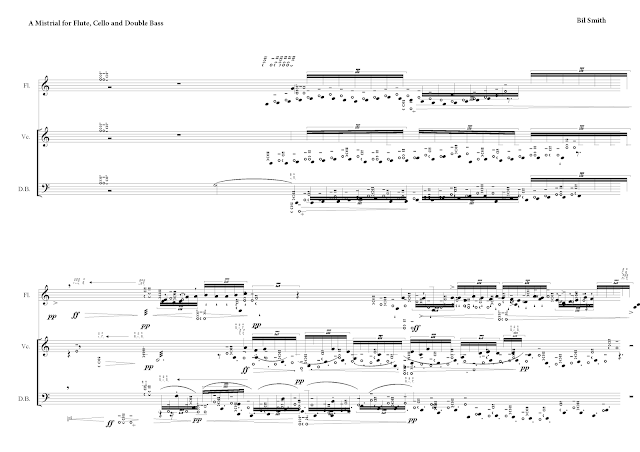 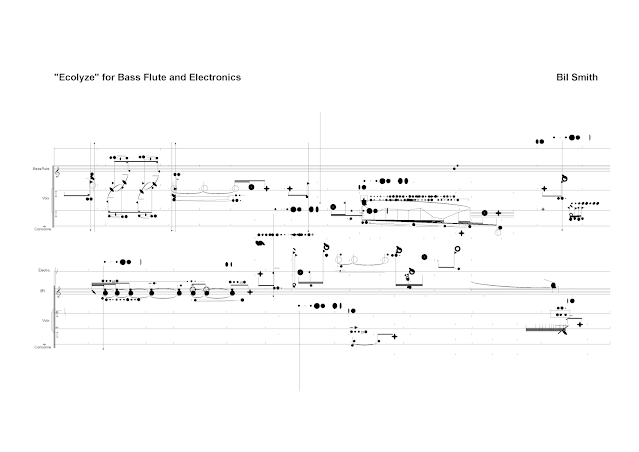 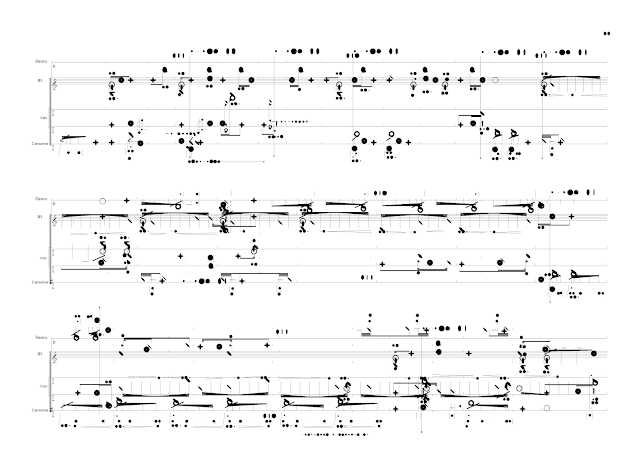 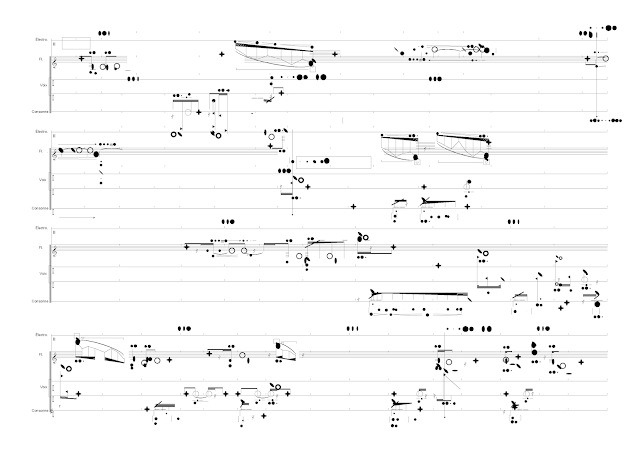 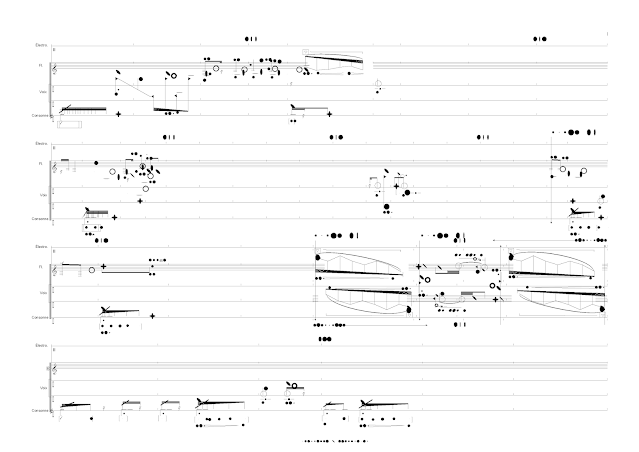 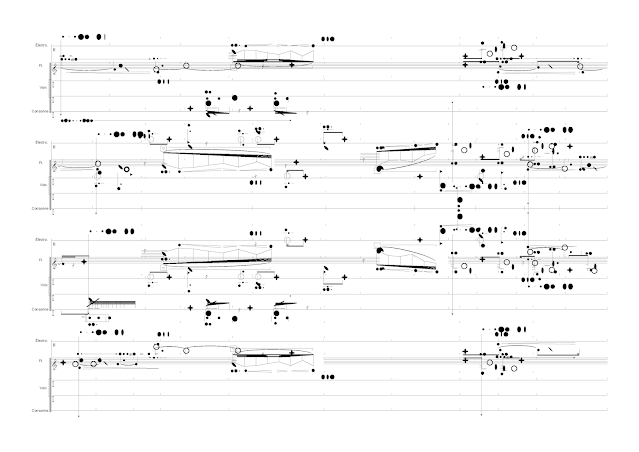 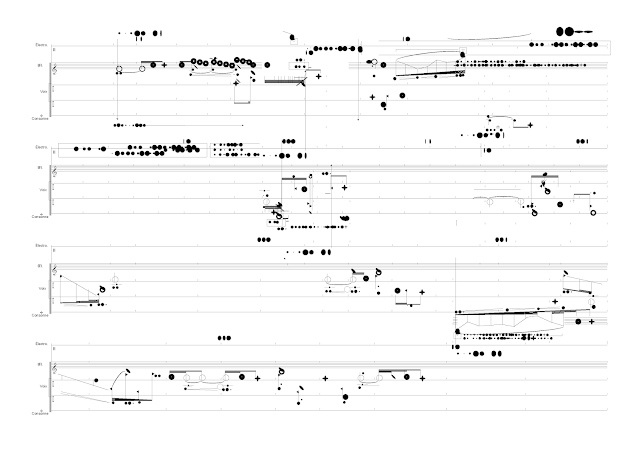 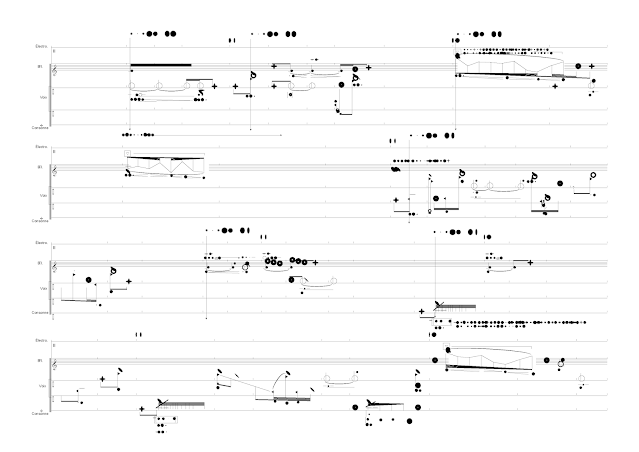 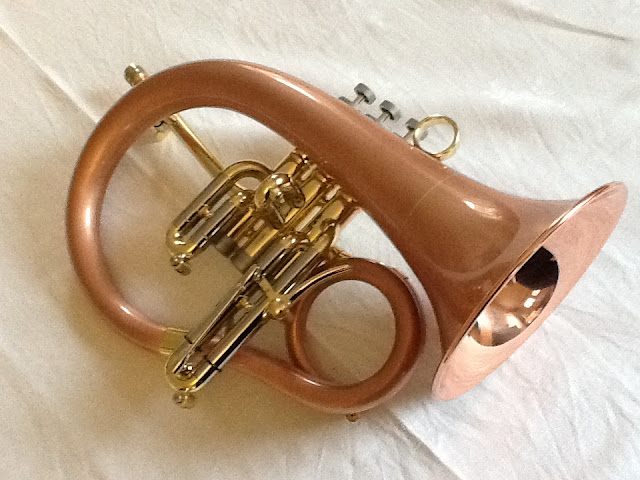 "Primary Cardinal" for Piano, G Trumpet and Clarinet in A

for Piano, G Trumpet and Clarinet in A


A Word on "Compaction Music" 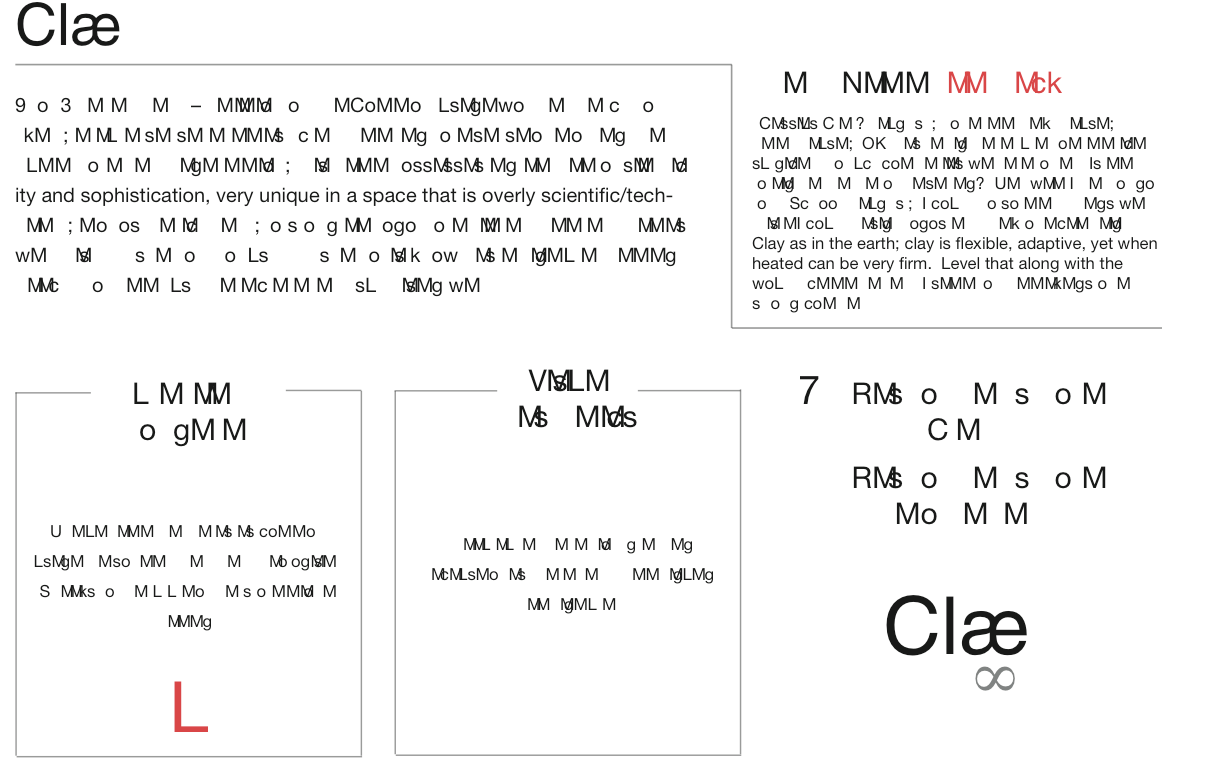 With the compaction musics, each piece is typically under 20 seconds and are appropriations of existing works coupled with the composers original work compressed to varying degrees associated with strict rules and guidelines. (Compaction Music 7.4) 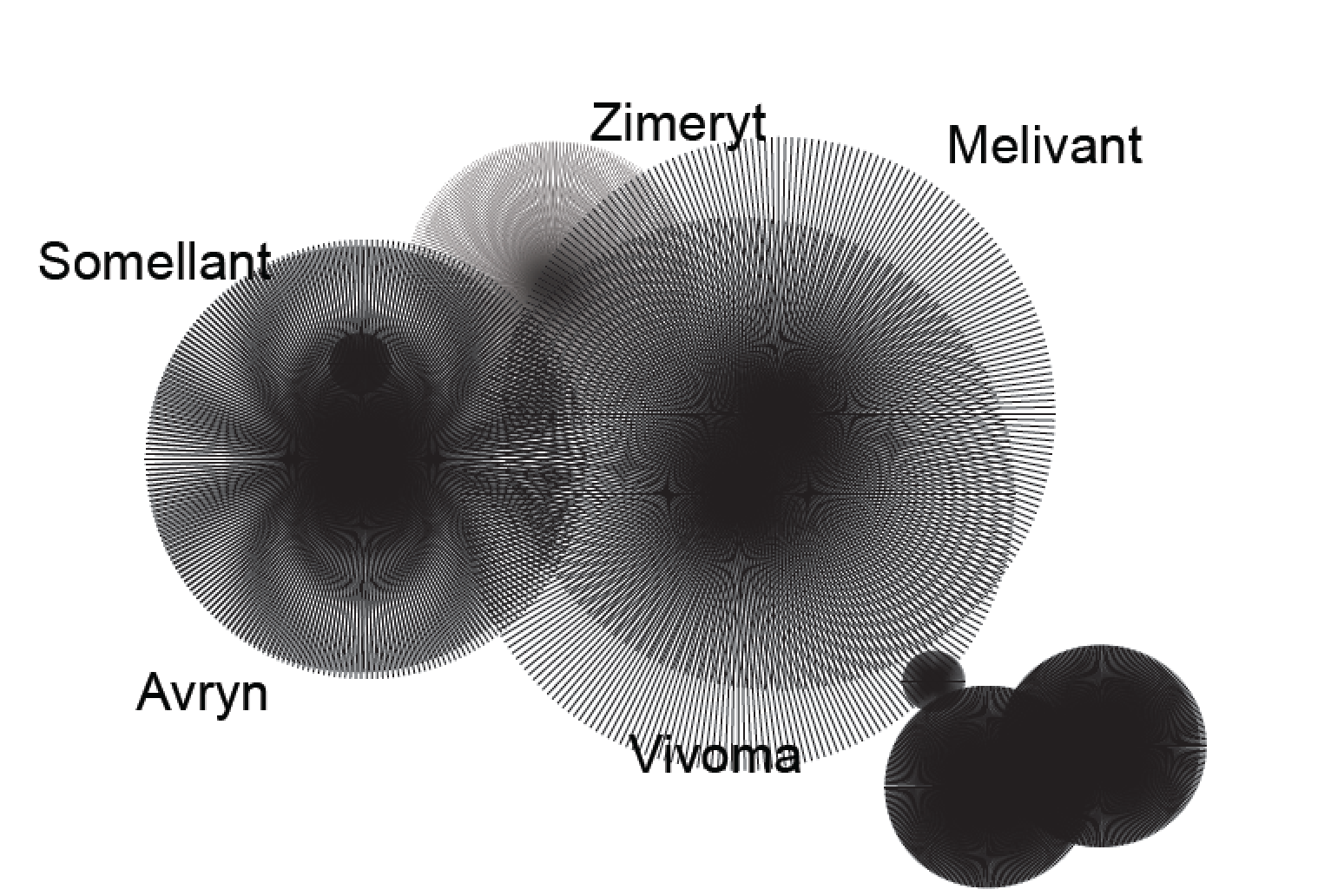 Generally the pieces, while titled, also include the precise time in each title (“A Flutter Pressure Drop” 7.90445802″).

With Compaction Music there is an invitation to listen with an awareness of the construction, an alertness in the background of the experience. Compactionist Composers are an exclusive challenge-society, a think-tank that seeks to generate pseudo-constraints; these constraints spur the private musical ambitions of its members, and subvert the aesthetic traditions of composition.

The roundtable session conducted last year at The Lila Acheson Library at Juilliard highlighted the appropriation techniques and the relevance to Oulipian aesthetics employed in these works.
Posted by Bil Smith at 5:23 AM No comments: 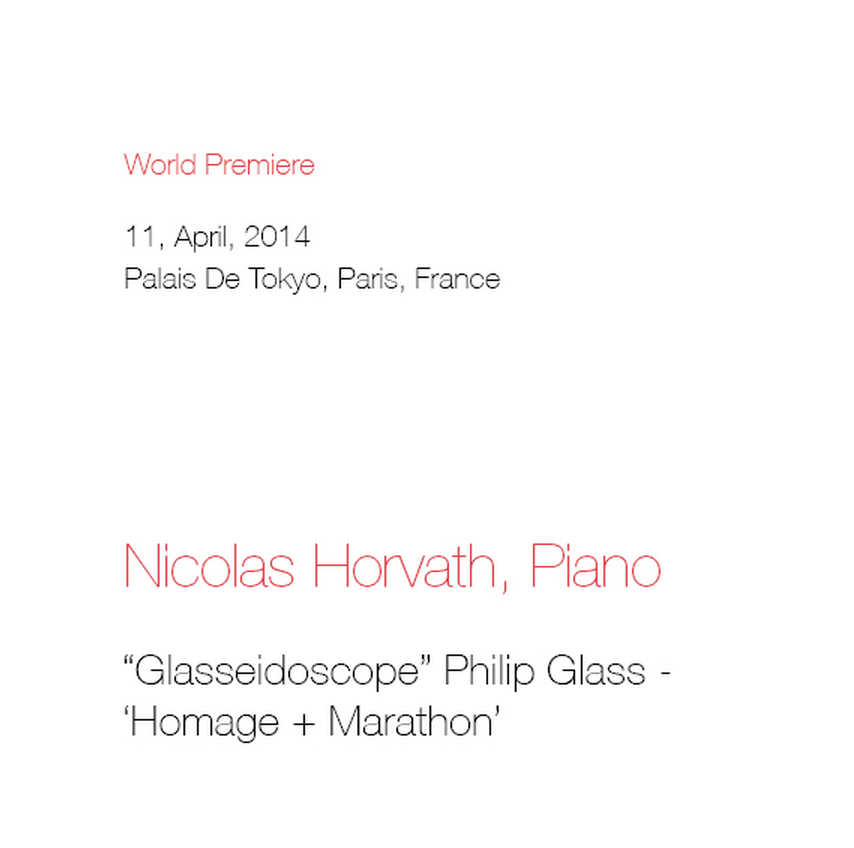 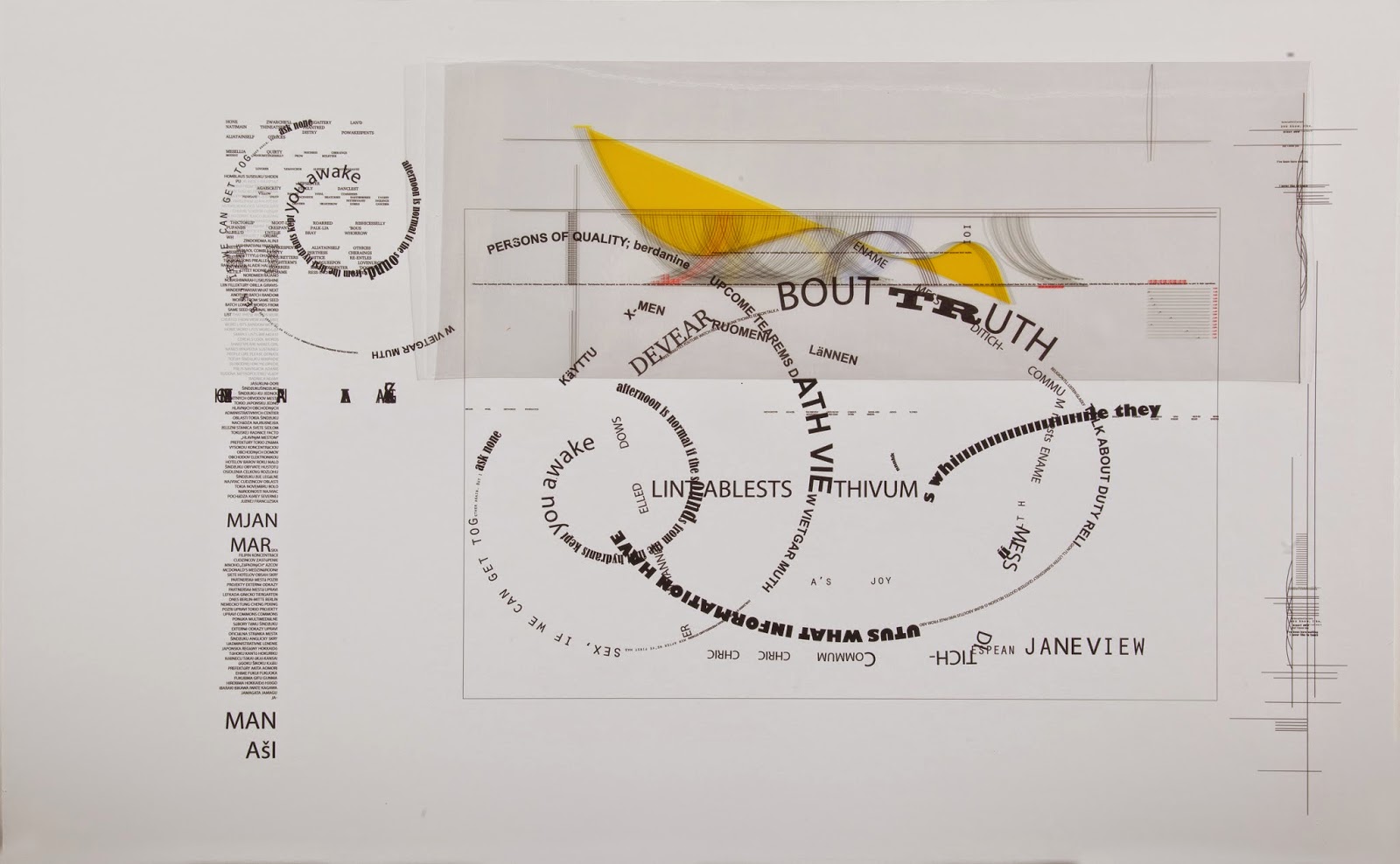