"Playing Behind The Beat: Via The Count" 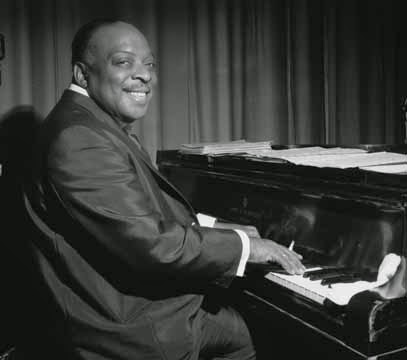 A short time ago,  I was asked to lead a jazz orchestra in New York through an incredibly versatile program; compositions from Duke Ellington, Count Basie, Don Ellis, Don Sebesky, my own arrangement of AEC’s “Nice Guys” and the iconic oeuvre of Thad Jones.  This was a hand picked, 18 piece ensemble of some of the greatest jazz musicians in New York.

In preparation, I reflected on some previous experiences to help shape the experience and how I would manage the process of rehearsal, performance execution, etc.

I went back to a defining event for me.  At 17 years of age, as a trumpet player, I had the unimaginable opportunity that introduced me to Thad Jones and I was invited to the lead trumpet chair of the Thad Jones Mel/Lewis Orchestra every Monday night at the Village Vanguard in Manhattan.

It was for only three months that summer and after the three month stint with the band, Thad, in his infinite, fatherly wisdom, insisted I returned back to school in September (He threatened to fire me if I did not resign…laughingly).

Now for those who may have no idea who the Thad Jones/Mel Lewis Orchestra was all about, it’s worth a quick Google search.  That summer, at 17, I had to convince my parents that it was OK to venture into the catacombs of the Village Vanguard in Lower Manhattan.

What was quite unnerving was the unending group of musicians would ‘drop by and sit in.’   Basically, this would be other musicians who would join the band for a song or two and then relax and listen to the balance of the set (performance).

“Unnerving?”…Here’s why I use this word.  In my very short tenure, the list of visiting musicians included Thelonious Monk, Elvin Jones, Jon Faddis (whom, after I leave the band to return to school,  takes over the lead trumpet chair), Herbie Hancock, Wayne Shorter and well…last, but not least, Miles Davis.

Yesterday, I reflected on a moment when this teacher/mentor (Thad Jones in this case) imparts wisdom that you carry with you for the rest of your life.  When I started with the band and  we were rehearsing, he told me I needed to relax…breathe…and play ’behind’ the beat instead of forcing the precision of the prescribed meter.

I was a bit confused, but I listened to Thad carefully as he simply stated “it is not essential to force meter; music can relax…meter can relax…and most importantly, you can relax.”

So here it is.

If you choose to listen to even the first two minutes…playing “behind the beat” may become as disruptively profound to you as it has been to me.