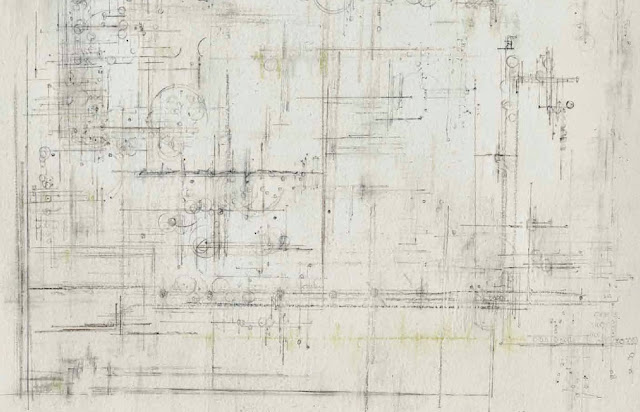 "If we interpret erasure as graffiti, the erasure is an 'enigmatic surplus' to the original drawing. Although it could also be seen as an attempt to re-clean the background, to move it towards the blank sheet which is more 'suitable for performance interpretation'. However, the thought it prepares the way for is inevitably polluted by the traces of the background that is never successfully cleaned.

The erasure moves the background into a state which is more suitable to a musical realization, but only an interpretation in relation to itself. This can be seen as an extension of my earlier argument that the erasure invites a departure that is founded on the original compositional drawing."


"...to Deconstruct history or texts in the style of Derrida or Foucault is to make evident that play of difference - that ungraspable network of relations, which sustains but is concealed by claims to self-presence. It is, in other words, to offer an insight into, or partial presentation of, a totality which as a totality is unpresentable. This, as Derrida remarks, "gives great pleasure" (Crowther in Papadakis (ed.), 1989, p.99)
Posted by Bil Smith at 6:10 AM