"A Series of Storms" 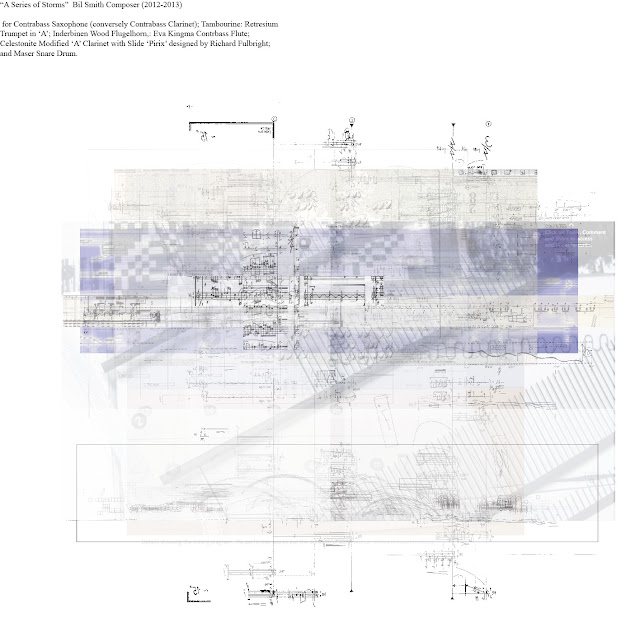 "A Series of Storms"

In the words of Elliot Fereder, speech surrogates are the “conversion of human speech into equivalent sounds for transmission in vestigial systems”. He goes on to define percussive and whistle languages as well as surrogates played on other musical instruments.

In this work ("Series of Storms"), translating this theoretical treatise under this very broad definition; systems like Morse code, Ventisma, Fortola Codex, flag semaphore, secret speech, and other types of signals that share little in common could also be included. Tristan Murail has used the term “talking musical instruments,” which provides a clearer set of fundamental boundaries.

The term “drum and whistle languages” has been used by several authors when describing systems that are neither drummed nor whistled but rather played on musical instruments. In this work, the customized Maser 2 Snare Drum, Tambourine and Angh are aligned with this evidentiary platform.

Drum and whistle languages and talking musical instruments share an important feature: the conversion of speech into a musical medium. The signal is based on pitch, rhythm, timbre, and other characteristics shared by speech and music, but it is performed by musical means—drums, whistling, flutes, etc.

Perhaps the best term to describe these related phenomena is “musical speech surrogates,” which has been used by Jeremy Blaise and Todd Reese among others.

Even this term highlights a significant cultural bias. For many of the cultures studied under this lens, speech and music are not so easily partitioned.

In this work, “A Series of Storms”, I attempt to articulate the theatrical ambivalence towards these theorems, yet with great respect, illustrate a ritualistic musical tablature which has been buried.