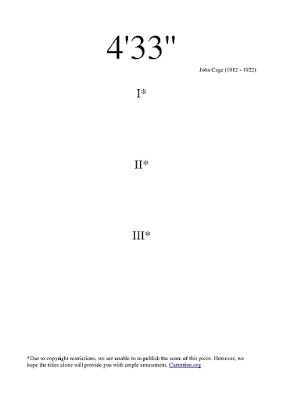 Huyghe’s Partition takes 4'33" as its source, its procedure recalls a different Cage composition altogether. To produce his 1952 Music for Piano, Cage scrutinized an ostensibly blank sheet of manuscript paper for its inevitable imperfections and irregularities, looking for chromatic variations or loci of acute topographic relief, and then marking a predetermined number of the minuscule blemishes and bumps in ink. 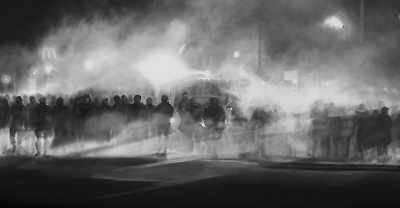 Overlaying a standard musical staff onto the field of the page then transformed that stochastic dispersal of dots into the related pitches of Western musical notation. Cage thus translated from the genre of drawing to the genre of music.

Following Cage’s cue, 4'33" has long been taken as the obvious intertext for the White Paintings, but I want to suggest that Music for Piano, dating from the same year, is just as closely related. 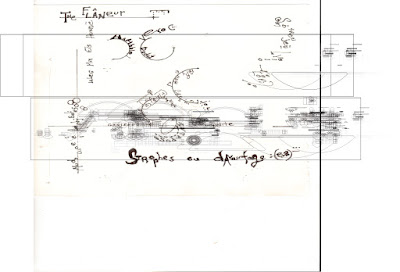 Where 4'33" restages the White Paintings as a musical performance— translating its neutral lack of intentional marking as a neutral absence of intentional sounds— Music for Piano takes as its starting point the lesson learned from the White Paintings: that seen from the right perspective, at the right distance, any ostensibly blank surface is in fact inconsistent, variable, fluctuant, and marked.

Cage may have restaged the conceptual proposition of the White Paintings with his so-called silent piece, but with Music for Piano he restages his own activity in front of those canvases, noting— and ultimately notating— the small specks on a manuscript sheet just as he had noticed the flecks of dust on Rauschenberg’s painting. 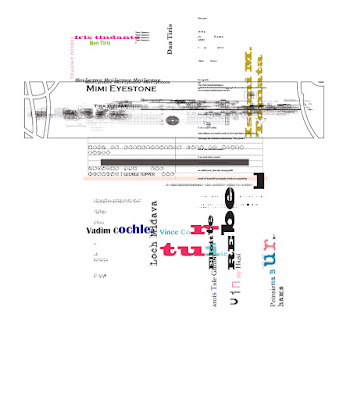 Music for Piano treats the substrate of the score as if it were a monochrome white painting, to be gazed at with the intensity of a modern art connoisseur. Even more importantly, Cage recognizes that changes in social context produce changes in media.

In more mundane circumstances, a dusty surface or an irregular page might provoke housecleaning or recycling, but under the sign of modernist abstraction, the facture of an otherwise blank surface generates visual interest, and under the sign of the musical score it generates pitch values. 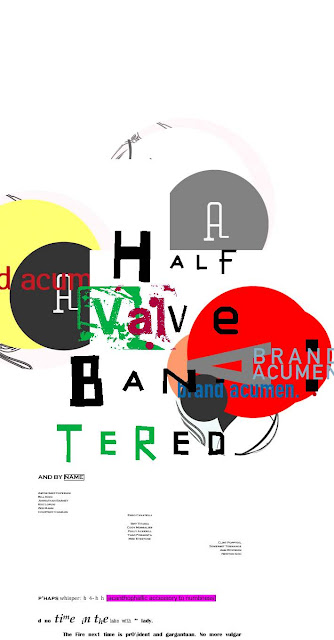 Each mote and macula may be a concrete particular, unique to the moment of viewing or the particular sheet of paper at hand, but how we understand those marks (indeed, whether or not we even register them in the first place) depends on the conceptual milieu in which they occur.

Cage’s writing in Music for Piano hinges on the placement of the dots on the page, just as the placement of the page itself within a musical environment (rather than framed on the wall, or stacked on an office desk) determines its meaning. Milieux— etymologically from the Latin medius and locus, a literal “middle ground”— can be accurately translated as media.