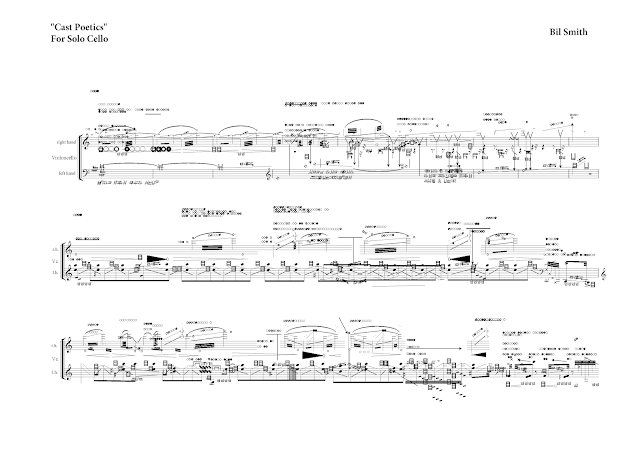 "Cast Poetics"
for Solo Cello.
Bil Smith Composer.
Link to PDF Score File (Hi-Res)
https://drive.google.com/file/d/131pybkiB2U6R6VRQj_Nf_i7XgQsNcGcp/view?usp=sharing
I’m intrigued by this notion of surprise and sudden change in sound; so that one state of something could change into something totally different at times during the piece, and there would be no apparent connection from the process that manifests one sonic structure to the next one.

I was working on this composition, which had this very direct, maybe literal, idea of a pseudo-sonification of turbulent equations as the source of sound.

Nonetheless, many pieces I have been working on don’t have such a literal relation of using nonlinear functions to synthesize certain sounds. Rather than the idea of making a sound directly ‘out of’ chaos, I was interested in how it could be used to explore this notion of surprise and abrupt change: to bring this acute dynamic form into the piece. 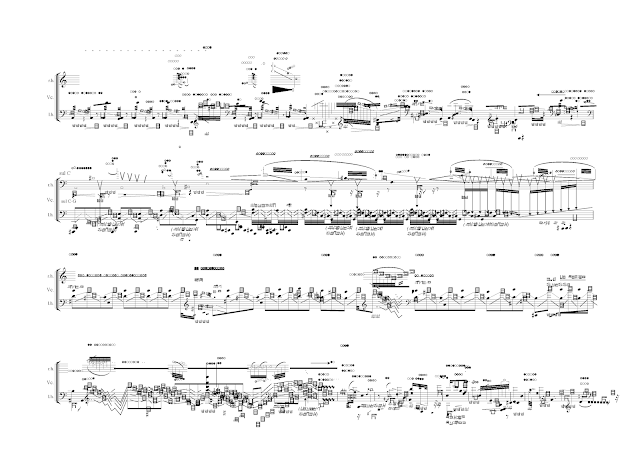 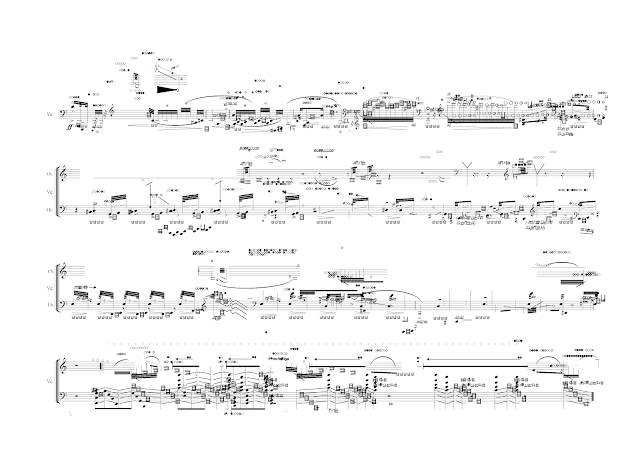