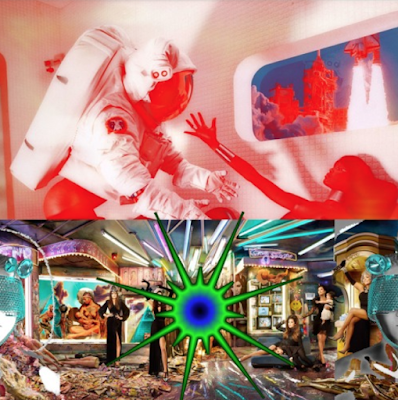 "Ian Monk" for Prescript Chamber Ensemble (Oulipo Posentante)
The Recording:
https://soundcloud.com/bil-smith/ian-monk-for-prescript-chamber
In 2010, I was approached by a unique individual by the name of Bernard Charron (not sure it was his real name). He asked me about my music and we moved onto the subject of literature and writing. This led to a lengthly discussion about the Oulipo and our respective opinions about their oeuvre. Some months later he contacted me and asked if I would be interested in writing short musical 'vignettes' as he described them, mimicking the Oulipian aesthetic utilizing my "compaction music" techniques.
About The Oulipo...
By"working under constraint" they have raised their level of consciousness because -- their dictum -- if an author does not define his or her constraint, the constraint will in turn define their work for them.

Such a level of consciousness controls how they are perceived, and received. Their relationship with the past, their work with literary genres, and their capacity to shape their own reception,outlines a relationship with literature with which postmodern theorists ought to be acquainted.