This is the latest in the excellent "Music Since 1900" series from Cambridge University Press, whose General Editor is Arnold Whittall. It looks in depth at the correspondence – and wider professional relationship – between John Cage and David Tudor on matters of musical interpretation and performance. There is no other such study so thorough, indeed no other collection of primary materials which approaches this one in depth. Nor a study full of such useful and informative contextualisation and commentary for that matter. It's a major contribution to its specific area, and to scholarship on one of the major fields in twentieth century musical development. Very well produced, it carries a strong recommendation.
Martin Iddon is Associate Professor of Music at Leeds University (UK) and has published widely, mostly on German and North American post-War music. He is also a composer. In this intriguing and comprehensive collection, which is well illustrated and expertly annotated, indexed and typeset (Cage and Tudor were necessarily precise in their notation) Iddon has gathered all the extant correspondence between Cage and Tudor from their early partnership in the 1950s in New York through periods in Europe to collaboration a generation later under the aegis of the Merce Cunningham Dance Company – some as late as 1989. 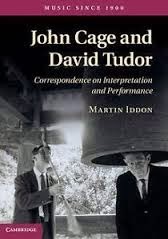 Such preserved written material can only ever be a fraction of the story. Not only since Cage and Tudor lived and worked closely enough together for verbal communication to have formed the bulk of the interaction; but also because it was in the nature of the music for constantly evolving face-to-face discussions to have been more natural than written exchanges. It's thus all the more valuable to have what amounts to a permanent exposition of this important area of twentieth century musical life preserved and expanded on so expertly as it is in this 200-page book.
These 35-40 years or so span of time when Cage's music developed rapidly. It was also a period during which wider musical changes added to the legitimacy of the collaboration which produced such rich results – including the realizations for Cunningham. The book does not address Tudor's own compositions. Rather, it does a great job of enhancing our understanding of why Cage's compositional priorities were those that they were; and how they worked in performance.
In addition to Iddon's preface, an unannotated bibliography and index, the book consists of nine chapters (the first and last of which are very short) divided into three substantial sequences of the actual (annotated) correspondence between Cage (who wrote prolifically) and Tudor (who was nothing like so assiduous a writer) occupying well over a third of the book's substantive contents. The rest is historical and musical commentary: on the music of chance, determinacy, indeterminacy and realizations in particular.
It's hardly surprising that in the live and evolving world of such realizations, stagings, one-offs and performance-led music-making, it's not easy to analyse, even to trace the work of Tudor in particular. His forthcoming biography by John Holzaepfel is expected to make a difference here. Meanwhile to have documentary sources for the period and collaboration is revealing; it will provide new insights. 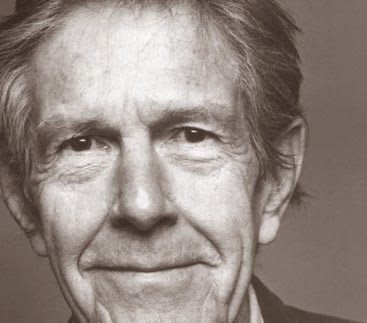 Something perhaps unexpected, certainly just as valuable (if not more-so) than the particularities of Cage and Tudor's artistic relationship emerges on reading John Cage and David Tudor: Correspondence on Interpretation and Performance. That is an appreciation of the wider reciprocal nature of text, score and performance in the case of most of their music. Further, the book provides a good grip – and surely not only implicitly – on how the many ways in which chance works to produce a credible and musically valid experience. The mathematical formulae, the tables, the detail may surprise some – particularly detractors of the praxis. Yet the narrative, indeed the highly mutually respectful tone of the correspondence, ought to re-inforce our appreciation of the fully-worked theory and open-minded willingness to revise what went into the process.
There are many references, of course, to figures, events, places and their (relative) significances throughout the text. Here again, Iddon is on hand with just the right amount of expertly cross-referenced detail in footnotes and glosses.
Ultimately, a practicing musician was the best person to write this intriguing "biography" of a musical partnership. Iddon's profound understanding not only of the issues and their relevance to the wider developments in progressive twentieth century artistic life, but also of the specifics of Tudor's role in Cage's expression is as important as his scholarship. Both are first-rate and make this admittedly rather pricey book a major contribution in its field and one that – as far as anything in such a still fluid area can be – a definitive study.
Posted by Bil Smith at 2:27 PM