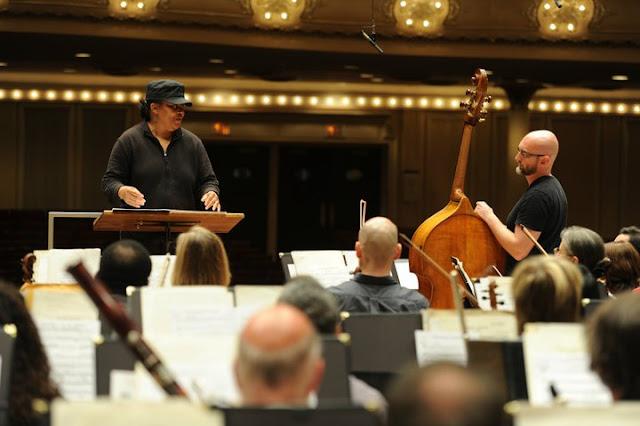 
The Chicago Modern Orchestra Project is an offshoot of the highly successful Mantra Blue Free  Orchestra ©®,both groups directed by Renèe Baker.

While MBFO plays only original compositions by Ms. Baker, involving her own highly developed  “conduction-like” style of directing, the CMOP is dedicated to commissioning, performing and recording contemporary creative and classical music of many new composers.

The mission of the orchestra is to excite and encourage new audiences with their own brand of “out-of-the-box” programming.

Scores of the unusual and completely innovative and unexpected programming is at the heart of CMOP’s mission.

Original scores are sought from every genre of music, with special emphasis on living composers.
It is one of CMOP’s highest aspirations to present compositions of new emerging composers that perhaps would not appeal to most symphonies.

So, with that in mind, concerts are usually a mixture of large ensemble pieces along with small ensemble delicacies sprinkled in.