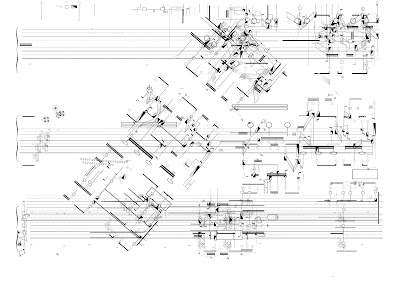 A Word on "Compaction Music" Last year, I led a roundtable lecture on Laboratorie New Music composer’s reductionist pieces titled the “Compaction Series” . With the compaction musics, each piece is typically under 20 seconds and are appropriations of existing works coupled with the composers original work compressed to varying degrees associated with strict rules and guidelines. (Compaction Music 7.4) Generally the pieces, while titled, also include the precise time in each title (“A Flutter Pressure Drop” 7.90445802″). With Compaction Music there is an invitation to listen with an awareness of the construction, an alertness in the background of the experience.

Compactionist Composers are an exclusive challenge-society, a think-tank that seeks to generate pseudo-constraints; these constraints spur the private musical ambitions of its members, and subvert the aesthetic traditions of composition.