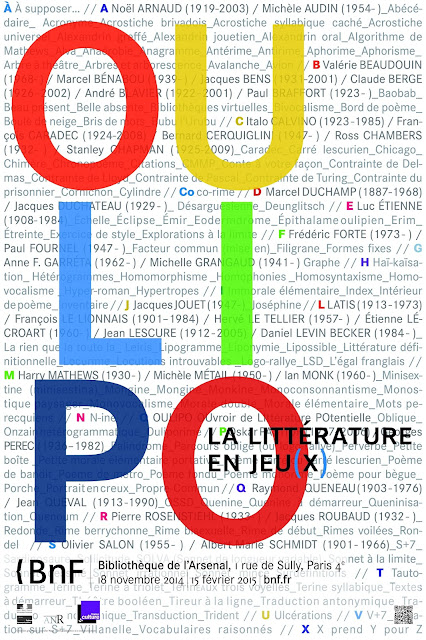 In 2010, I was approached by a unique individual by the name of Bernard Charron (not sure it was his real name).

He asked me about my music and we moved onto the subject of literature and writing. This led to a lengthly discussion about the Oulipo and our respective opinions about their oeuvre. Some months later he contacted me and asked if I would be interested in writing short musical 'vignettes' as he described them, mimicking the Oulipian aesthetic utilizing my "compaction music" techniques.

I found the concept interesting, but at the time I was quite busy with other commitments. He returned to me several weeks later and stated that he had secured a grant from Société Générale Group to allow me to pursue this endeavor.


Here I present one of a number of these works, composed for "Prescript Chamber Ensemble", performed by the members of the Juilliard Faculty in NY, The Boston Symphony, Ensemble Debrosses and The Birmingham Symphony Orchestra.

After having studied in Charleville, he went on, in 1945, to teach mathematics and physics in a secondary school in Reims. In 1952, his first pataphysical works were published in the books of the College of 'Pataphysics, whose Regent and Chief of Practical Work he later became.

He published 'The Art of the Spoonerism' in 1957, and maintained until his death a weekly section of linguistic gaffes in the French satirical newspaper, Le Canard enchaîné.
In 1970, he became a member of the equally experimental Oulipo.

"Luc Etienne Périn" for Prescript Chamber Ensemble (Oulipo Posentante)
Luc Étienne Périn, also known as Luc Étienne, (1908–1984) was a French writer and a proponent of 'pataphysics. He was born on 8 September 1908, in ...
Posted by Bil Smith at 8:34 AM