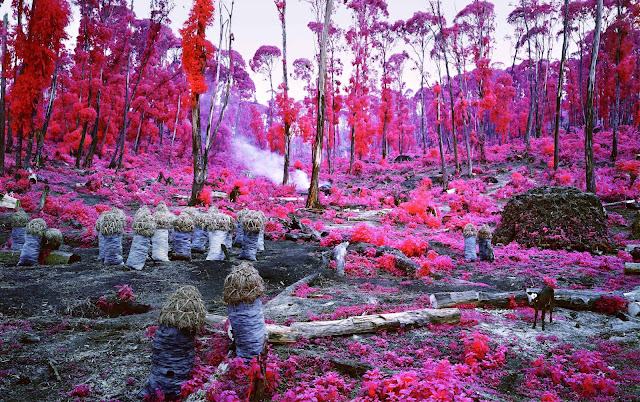 "Form and referent coincide, and response rarely goes beyond the initial frisson. In creating a score of this magnitude, it is not the immediate, visceral reaction but the critical reception, the work’s potential to generate independent thinking, that matters.

By going back to timeless archetypes, he bypasses the slag heap of historicism and yokes the orchestra to a heavy sense of time, far from the everyday and the customary.

It does so, however, without falling prey to the transcendental consolations of the sublime that serve to empower the viewer at the expense of introspection. This music is resolutely opaque...

...Smith is not shy about seeing himself as something of a traditionalist, as his strategic deployment of outmoded forms makes plain—and yet the dynamic quality of his relationship with history is clearest when considered in terms of his unconventional choices in instrumentation."